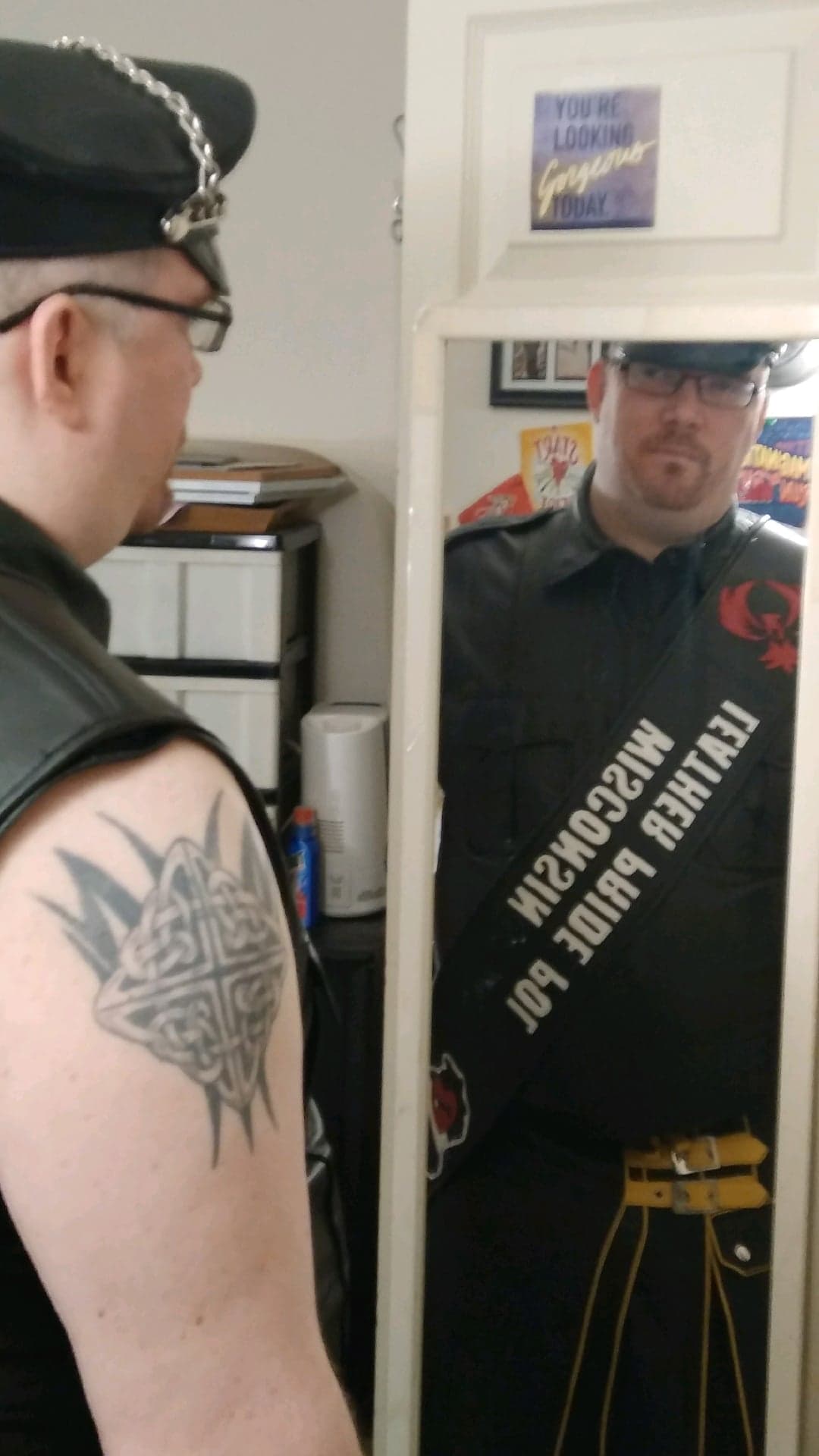 After leaving Vermont, Sparkie lived in several places from California to New York. He has finally put down roots in Wisconsin with his wife and babygirl, Girl Becky. Each city where he lived gave him a new opportunity to become immersed in the Leather and Bootblack communities and to experience what makes each local community unique.

Sparkie produces the Bootblack Round-Up, a bootblack-centric event focused on skill-building and networking for bootblacks. Next Year is the 7th Year Anniversary and will be held in October TBD (more info at www.bootblackroundup.com)

Sparkie is a member of the Wisconsin Band of Brothers. He is an ambassador for the Leather community, having been a Titleholder since 2009 when he was the inaugural Central Plains Leatherboy. In 2015 he became the Illinois Community Bootblack and he is now the Inaugural Wisconsin Leather Pride Person of Leather 2020/21. In 2008, he was First Runner-Up to International Mr. Bootblack. In 2019, he ran for International Mr. Bootblack again since the contest had been through some major changes and was Second Runner-Up.